Stephen Mann is a philosopher

I'm a postdoctoral researcher in the LOGOS group at the University of Barcelona, and a guest researcher at the Max Planck Institute for Evolutionary Anthropology in Leipzig.

Previously I was a postdoctoral researcher at the Surrey Morphology Group. I received my PhD in philosophy of biology from the Australian National University in December 2020.

I won't publish, referee, or do editorial work for Elsevier journals and I am in good company. I have a general :peer-review policy.

What have you written?

2022 Teleosemantics and the free energy principle [with Ross Pain]

Biology & Philosophy 37, 34
Quick summary We relate Karl Friston's free energy principle to Ruth Millikan's teleosemantics, arguing that (i) systems that minimise free energy are systems with a proper function; and (ii) Friston's notion of implicit modelling can be understood in terms of Millikan's notion of mapping relations.

Biology & Philosophy 37, 33
Quick summary As an introduction to our guest-edited Topical Collection, we describe the free energy principle in layman's terms and summarise its relevance for explanations in biology and cognitive science.

2022 Teleosemantics and the hard problem of content [with Ross Pain]

Philosophical Psychology 35 (1)   22-46
Quick summary Teleosemantics, a theory of content, survives recent objections that claim its definition of content is too weak to do required explanatory work.

2020 CHIELD: The Causal Hypotheses in Evolutionary Linguistics Database [with Seán Roberts and 25 others]

Journal of Language Evolution 5 (2)   101-120
Quick summary We present the Causal Hypotheses in Evolutionary Linguistics Database (CHIELD), a tool for expressing, exploring, and evaluating hypotheses about the origin and evolution of language.

Review of Philosophy and Psychology 11 (3)   669-687
Quick summary Defining information with respect to the function of its user opens the door to realist interpretations in cognitive science, microbiology and elsewhere.

2018 Attribution of information in animal interaction

Biological Theory 13 (3)   164-179
Quick summary Responding to scepticism about the use of information theory in behavioural ecology, I demonstrate how quantification of the honey bee waggle dance captures forager accuracy.

What are you writing now?

The relevance of communication theory for theories of representation

under review
Quick summary I try to correct two common misconceptions about the import of mathematical information theory for philosophical questions about semantic content: that Claude Shannon said that the meanings of signals are irrelevant for communication theory (he didn't and they aren't), and that since correlations can't distinguish signals and cues, communication theory can't distinguish them either (the premise is true but the argument is invalid).

under review
Quick summary To investigate conditions under which animals will evolve the ability to teach others, we introduce a mathematical model that describes conditions on reliable social learning.

Quick summary Some theories of representation define content as a special kind of relation, so I use James Woodward's interventionist account of causal explanation to argue for an explanatory role for relations that extends to representational content.

With Ross Pain and Michael Kirchhoff I guest edited the Topical Collection The Free Energy Principle: From Biology to Cognition in Biology & Philosophy. Our goal was to illuminate the relevance of Karl Friston's free energy principle for explanations in biology and cognitive science. There are twelve articles in total, including our introduction to the collection.

What was your PhD about?

I argued that we can employ mathematical tools and concepts from communications engineering to understand biological signalling, and so interpret empirical results in terms of Ruth Millikan's teleosemantic project.

The manuscript is available at the Australian National University repository.


Full abstract Communication and cooperation in evolutionary biology
How can the concepts and results of communication theory aid evolutionary biology? This thesis argues for an explanatory framework, evolutionary communication theory, that interprets and illuminates scientific research into the phenomenon of biological signalling. By expanding the theory beyond the models and goals familiar to Claude Shannon and other engineers, real insight is gained into how strategic interplay between senders and receivers shapes signal form. Furthermore, interpreting artificial and natural signals in terms of sender-receiver teleosemantics demonstrates the explanatory role of relations borne between signals and world affairs. One of the major results of the thesis is a rejection of the orthodox distinction between Shannon and semantic information. While there are at least two useful distinctions to be drawn -- between cues and signals, and between statistical and functional content -- the terminological confusion that gave rise to the phrase `Shannon information' should be put aside for good.

Any conferences and workshops?

Presented at a meeting associated with the DFG Priority Program The Active Self, Fulda, Germany

Sep 2022 The role of communication theory in theories of representation

Presented at Varieties of Information workshop, University of Barcelona

Presented at Mental Representations in a Mechanical World, Ruhr-Universität Bochum

Presented at Department of Linguistic and Cultural Evolution, Max Planck Institute for the Science of Human History, Jena, Germany

How about a CV?

Have you done any philosophy outreach?

In 2023 with Daniel Gregory I wrote Might text-davinci-003 have inner speech? We asked whether a conversational agent from the same family as ChatGPT could have something like an inner monologue, and what methods can be used to figure out the answer. It's going to be published in a journal called Think, which is in the process of transitioning from a traditional journal to a philosophy outreach publication. There's also a preprint.

In 2022 I wrote a popular science/philosophy of biology essay called Major Transitions: A Record of Reorganization of Individuality in the Colonial Organisms of Earth for Life Beyond Us, an anthology soon to be published by the European Astrobiology Institute. I discuss how the major evolutionary transitions inform speculation about alien life forms.

Also in 2022 I co-wrote an article in The Conversation with Ross Pain and Michael Kirchhoff about the free energy principle. It's pitched as a very gentle presentation of the topic, so that readers who want to know more can dig into our guest-edited Topical Collection, starting with our introduction.

In 2019 at ANU I filmed a bunch of interviews with a bunch of smart people on the subject of ethics in artificial intelligence. A few of them are collected in this YouTube playlist.

Why does this site look retro yet elegant?

Because it was built using the theme Would have been cool in the 80s for the website creation tool Hugo. Other nifty tools include Nutshell and MathJax.

Just email me. I own the domain isaphilosopher.com and am happy to create new sites for philosophers for free. There are loads of themes to choose from. 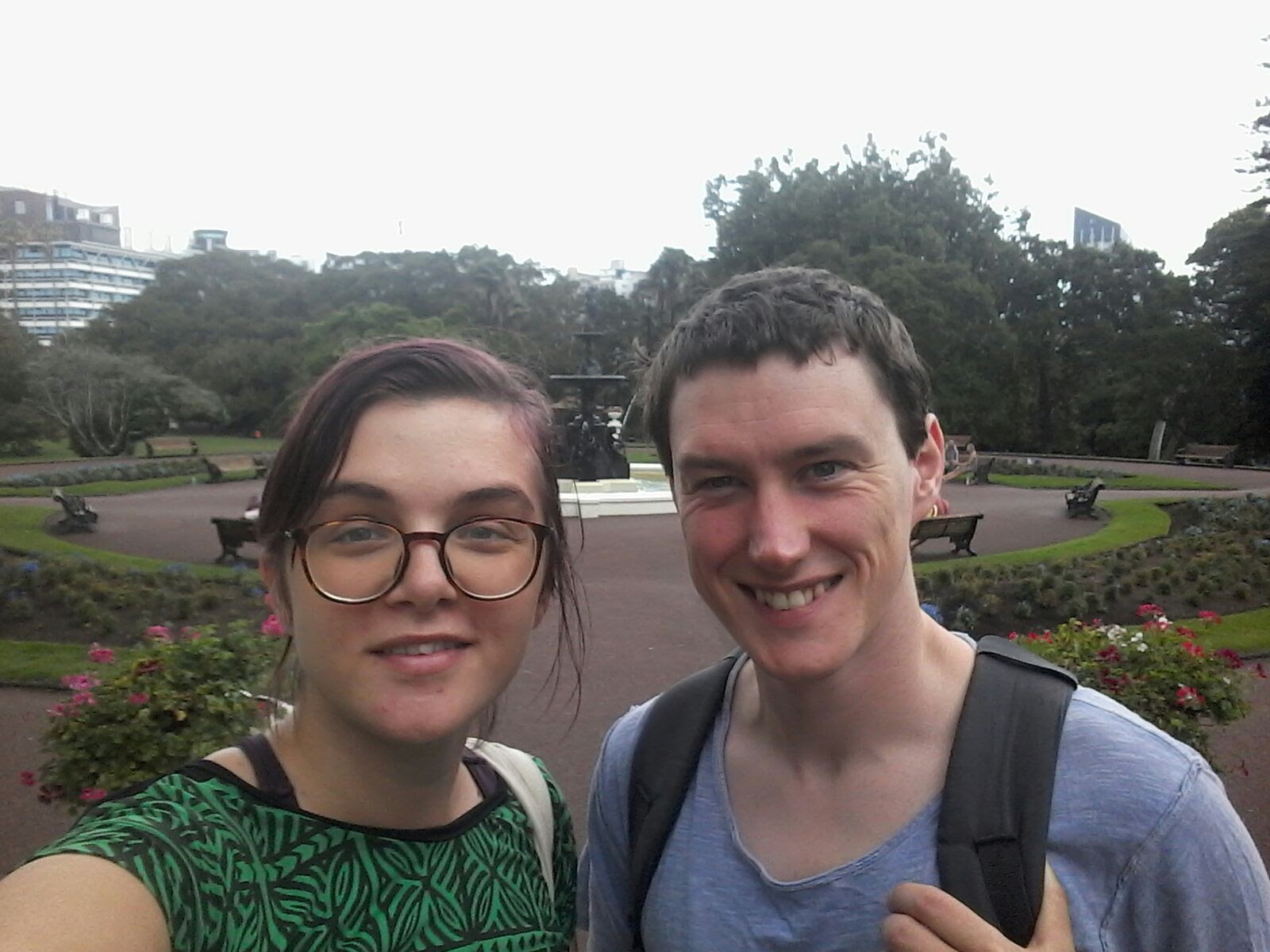 here I am on the right with Hedvig